What is Video Fingerprinting?

A video fingerprint is a compact digital representation of a video that summarizes the unique characteristics of the material. This small fingerprint file — and countless others which correspond to other unique videos — can be stored, retrieved and used to identify the original video whenever it appears from within any source. Video fingerprinting generates a unique digital profile and can be used to analyze and identify any video source (including TV, video repositories, other digital streams) wherever and however it is subsequently used. Because the fingerprint is based on the unique optical characteristics of the video, it can be used to compare similar videos: different versions of the same material will have subtly different fingerprints and can be used to identify and classify “different but related” versions.

Why ivitec and its Adaptive Video Fingerprinting™ Technology?

Conventional video fingerprinting or ACR approaches use a single algorithm in the hope that this “average” solution will fit the majority of the use cases. But, just as one size of glove cannot possibly fit every hand, ivitec recognizes that one rigid approach cannot possibly be optimal for every use case or application. Rapid searches require a lightweight fingerprint, whilst frame-by-frame comparisons with precise attention to detail require a dense fingerprint. Ivitec's ground-breaking Adaptive Video Fingerprinting™ technology is able to adjust the density and granularity of fingerprints to match specific use cases, and is the only approach that is capable of meeting the content identification demands of the full range of complex media-centric business processes. 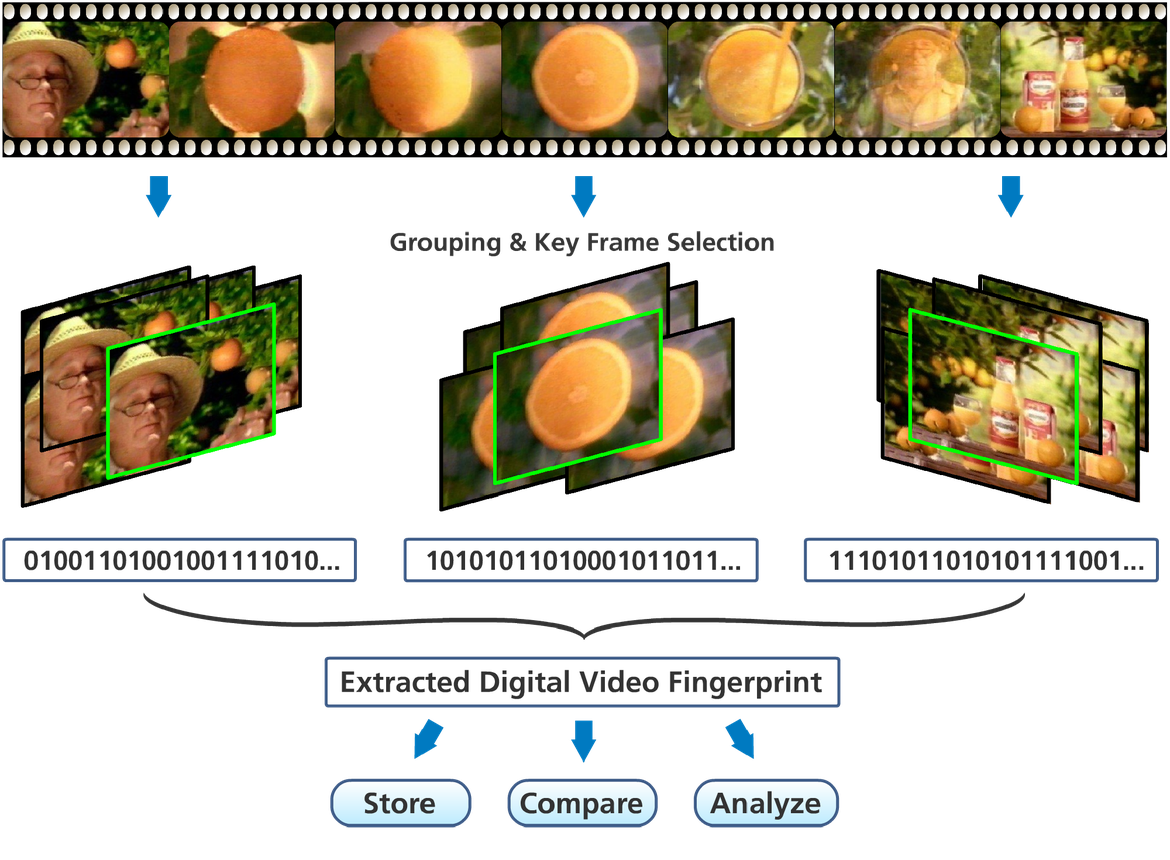 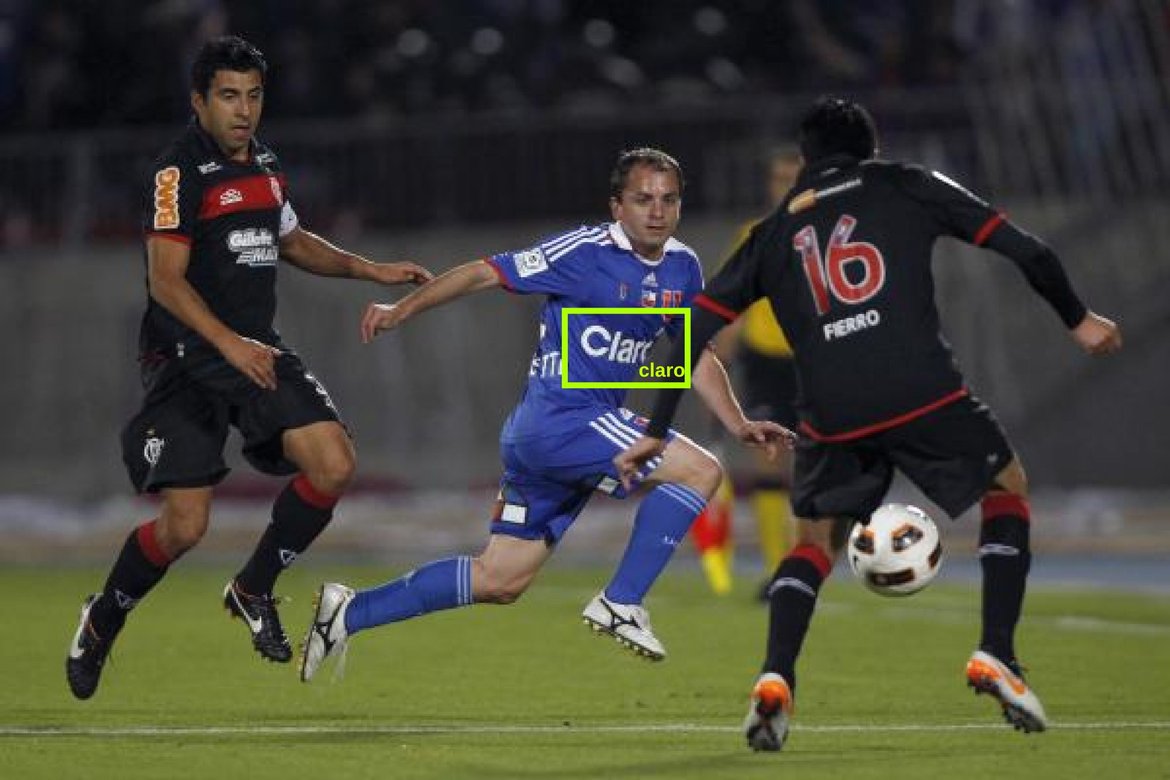 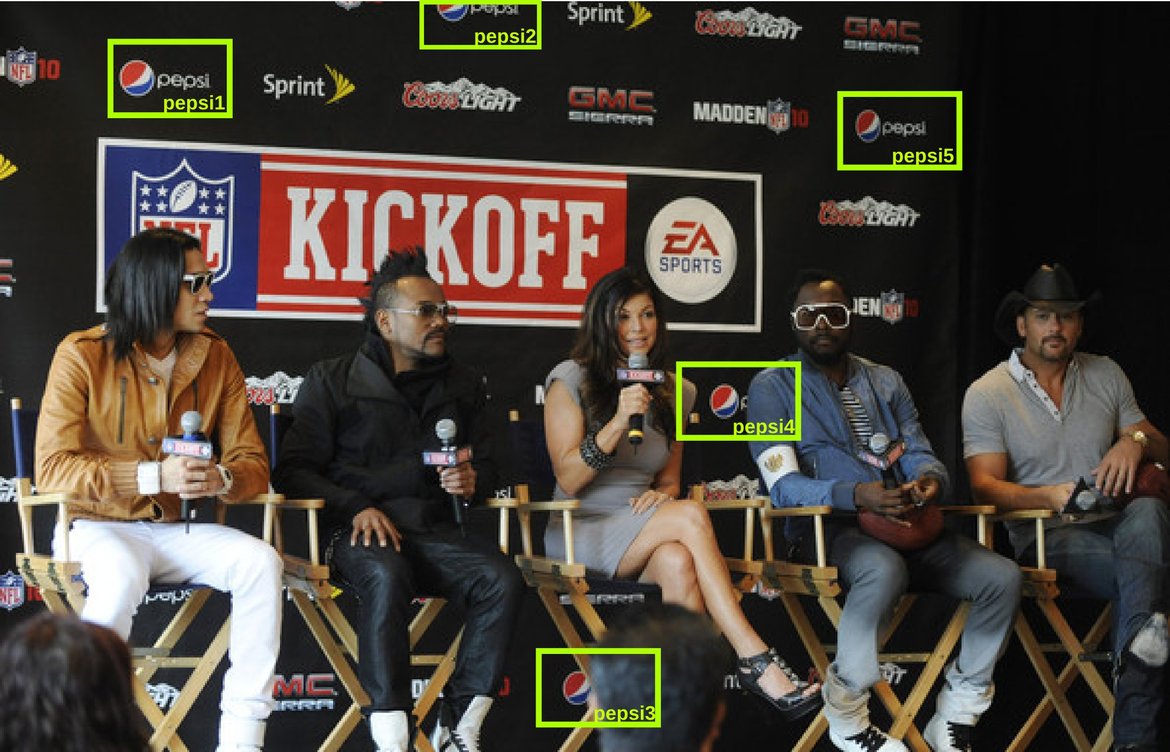 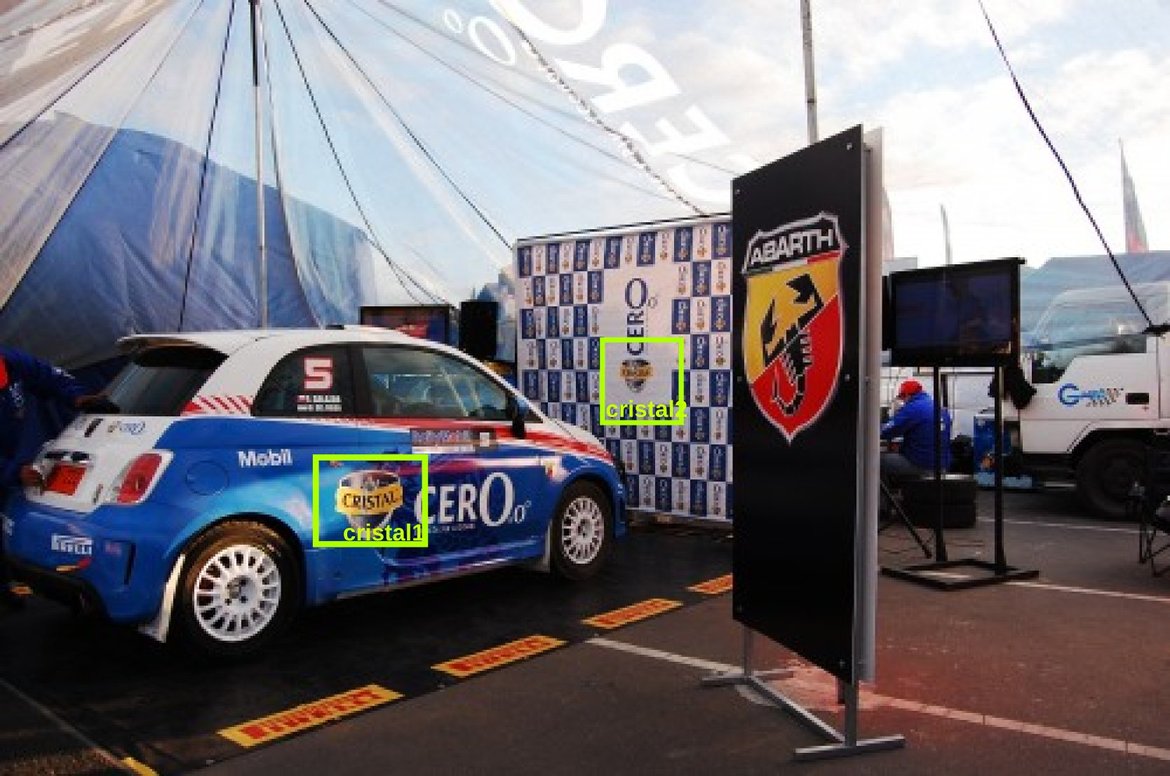 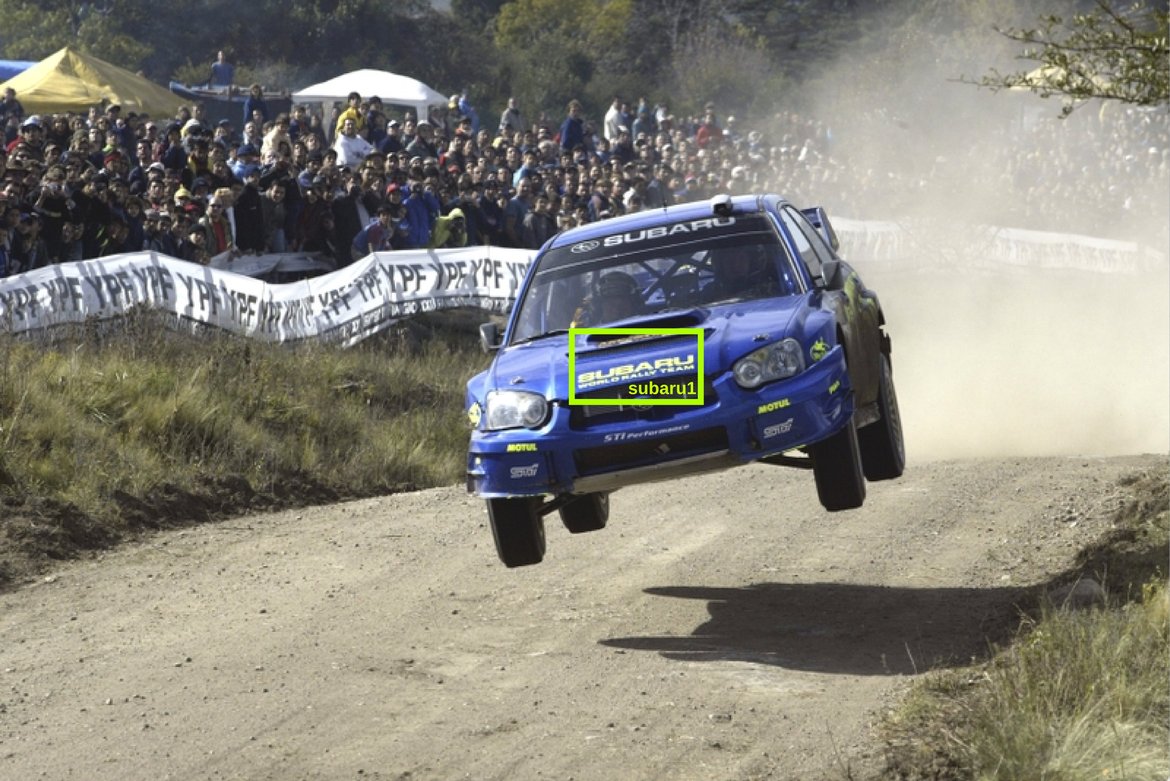 The detection of salient image points and their description in terms of local properties or features is an important task useful for many applications like stereo matching and tracking. A characterization respective description of a local point neighborhood in terms of invariant features becomes even more important for stereo matching when the camera baseline increases and more distortion is introduced between images of the same local image patch. In this case similarity measures like local gray value correlation will often fail because skewing and rotation can not be handled by these simple algorithms anymore.

The solution recognizes any number of instances.

It's an automatic process. You can get statistics and any kind of output.

You can start from a basic setup for one channel as a SaaS configuration up to a complete solution with additional channels and features.

AdMon is designed with technical expertise and industry knowledge gained from world class customers, making it not only highly sophisticated but also intuitive and user friendly. The system analyzes a your set of TV channels for advertisements to be automatically recognized, tracked and provides valuable detection information such as channel name and detection time within minutes of airing.

With automated detection reports from AdMon, customers now have the opportunity to eliminate the pain of manually searching through entire days’ worth of material for advertisements, thereby increasing efficiency and revenues - and all of this with 99.9% accuracy.

The system will automatically suggest previously unaired advertisements to be identified and added to the reference database for subsequent detection every time they are aired. Customers can see cost savings of more than 600% through the elimination of time-consuming manual processes! 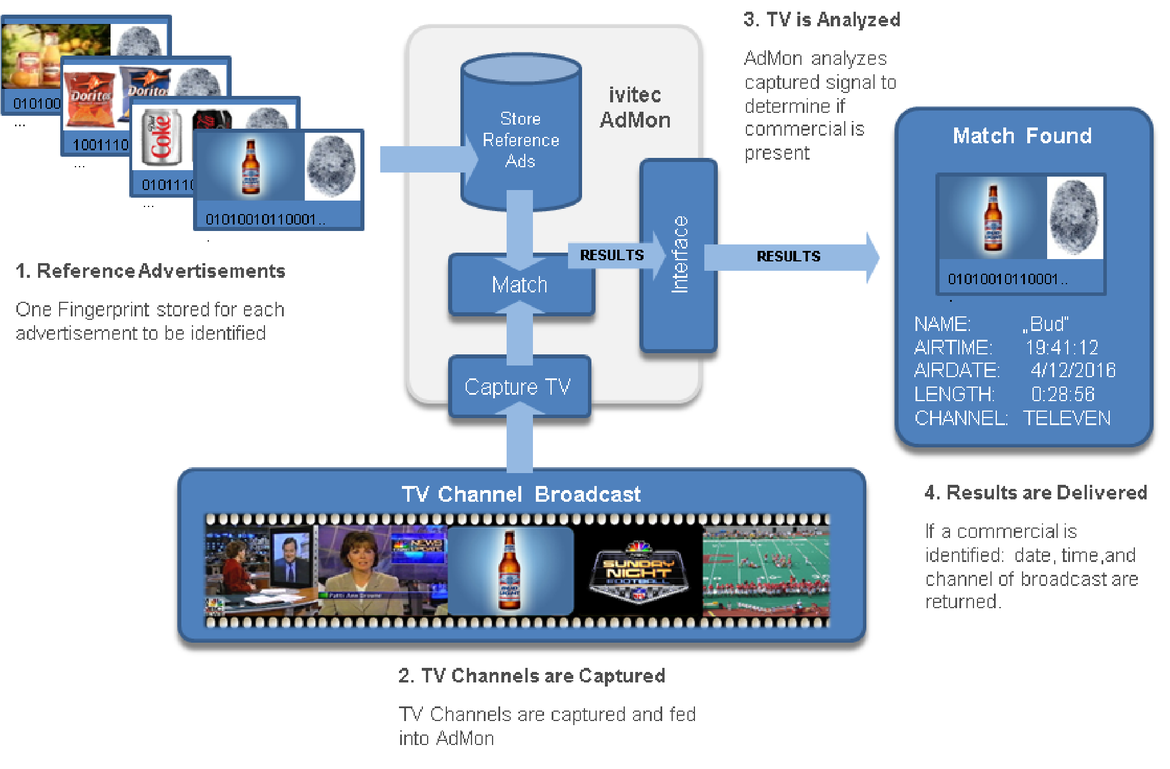 Interactive advertising right into the living rooms of the target audience.

The requirements of the advert industries are undergoing a massive change with the worldwide success of smartphones („2nd Screen“). Advertising companies have now been given the principal opportunity to get into a direct dialog with their target groups. This opens new horizons of creativity for the whole industries.

With its already existing features ivitec is targeting exactly those markets. In its classical markets of „Advert Tracking“, speed and scalability were interesting, but of secondary importance.

In the new markets those features are the indispensable pre-requisites. ivitec has developed in a very short time slightly modified methods, and clients did already roll it out and put it into operation. That was only possible, because the core technology did already contain all principal functionalities.

By monitoring television channels in real time, ivitec's technologies enable to track the instant placement of commercial advertisements. This enables customers to interact with commercials while they are still on-air at their TV.

Instant TV Sequence Detection: within less than 5 seconds ivitec can transmit the information that a certain sequence is shown in TV RIGHT NOW to any network connected place on earth.

Use Case: advertisers can re-position themselves on the web for just a few minutes after the spot, apply e.g. SEO and banner placements, and thus even re-direct advert attention of competitor’s spots to their own landing pages.

Use case extension: they can get into a direct dialogue with smart phone users.

Detection of the consumer’s channel and the program/ spot he is watching: Smartphone users can direct their phone for around 1 second towards their TV screen, 4-5 seconds later ivitec has detected his channel, program etc..

This opens a broad range of applications in the area of Bonus Material / Bonus Services to make such services attractive for users, who will thus implicitly make themselves approachable via 2nd screen. 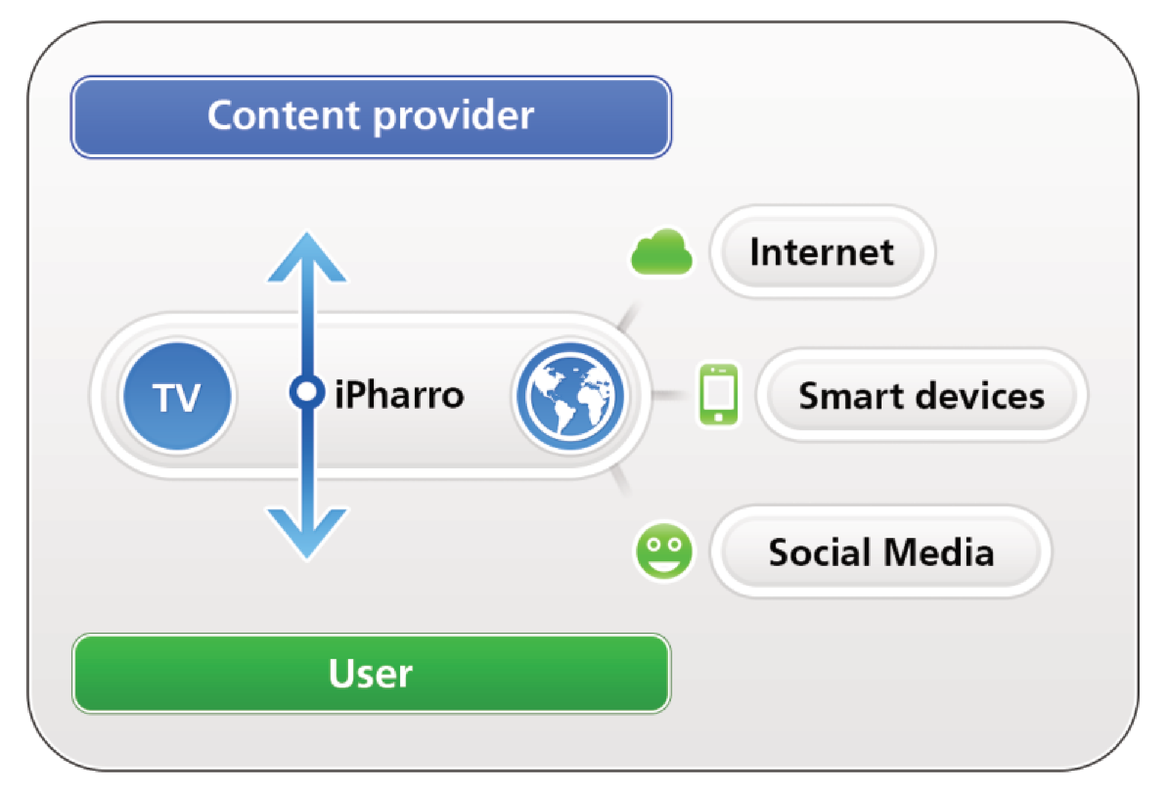 Do you always know where your high valuable asset, your content, is used or abused without your permission? If your honest answer is “no”, or “partially yes”, or “don’t know”.  We may have a solution for you to boost your Royalty income significantly, by detecting unauthorized usage.

ivitec is on the forefront of digital asset management, helping content providers and distributors to understand the usage and protect valuable video content.

Content users store and use vast amounts of video content, revenues are lost due to inaccurate tracking and piracy. ivitec technology can accurately and efficiently monitor and detect specific sequences that correspond to copyrighted material. This offers both, content providers and distributors, an additional layer of protection.

How do we do this? Our Software watches the channels you ask it to watch during 24 hours, 7 days a week, never gets tired, inaccurate or sloppy and never takes lunch breaks. It simply works permanently in its high precision mode.

The pirates alter your material slightly or vastly, either due to failures within their copy process or on purpose in order not to be caught? No problem, as ivitec’s Royalty Booster will catch them regardless what they do to your material. It will also detect material that has been vastly modified and in doubt rings a bell for your operator for his final decision if or if not this is still your material. With the Royalty Booster there is no escape or loop-hole for the pirates, it’ll catch them and inform your billing and legal departments for your further action.

No human operator could even get close to the detection accuracy and reliability of Royalty Booster. This is why its roll-out as your sleepless watch dog in the market opens unprecedented new horizons for harvesting income from formerly completely hidden areas.